Izumo City is located on the eastern Shimane prefecture and it is faced to the Sea of Japan, and also Izumo City is Known as 'The Mythical Province Izumo', Izumo Taisha Grand Shrine, Susa Jinja Shrine, Nishidani Tumuli, Kojindani Ruinsso and so many landmarks are there in Izumo city. Of course, there are some springs near the city, so Izumo City is one of the great cities for tourists, over 8 millions of tourists visit.

Izumo City is formed its center in the Izumo plain, the northern part stretches to the Shmane Peninsula that is famous for the myth of Izumo, Kunibiki and Kuniyuzuri Shinwa. And the southern part of the city is reached to the Chugoku Mountains. In the eastern Izumo city, Hikawa river flows to the Lake Shinjiko. Izumo City has wealthy of the great nature for tourists to be enjoy.

The civilization at Izumo had developed on the fertile land in Izumo Plain in the ancient time, many excavated articles and many myths, Kunibiki Shinwa, Yamata no Orochi, Inaba no Shirousagi (a white rabbit in Inaba), many mythical stories of Okuninushi and so on, tell that there was a great kingdom in Izumo. Especially, Kojindani Ruins and Nishidani Tumuli famous for are the important evidences that Izumo might be very flourished in Yayoi period. And also Izumo was told in both Kojiki (Records Of Ancient Matters) and Nihonshoki (Chronicles Of Japan), that shows that the central government of Yamato Court considered Izumo was important province.

During Middlle Ages from Kamakura to Muromachi period, Sasaki Clan controlled Izumo. In Sengoku period, Izumo first controlled by Amako Clan, then Mori Clan defeated Amago and seized the power to control. After the Battle of Sekigahara in 1600, Mouri lost the power and Horio moved to Matsue to gain the power as the rewards of his outstanding contributions to get the victory at the Battle. During Edo period, most part of Izumo city was controlled by the lords at Matsuejo Castle.

In November 3rd, 1941, Izumo City was organized as a municipality.

In the early modern times, Izumo was the collecting center of Unshu Cotton, so the amount of producing cotton was larger than the rice in the early Meiji era, so textile industry had developed at Izumo until 1950's. Now Izumo City is one of the most popular tourist areas in Japan.

Izumo City is one of the exciting areas for tourists visiting Shimane Prefecture and Shimane has many landmarks to visit, Izumo Taisha Grand Shrine in Izumo City, Lake Shijiko and Matsuejo Castle in Matsue City, Iwami Ginzan Silver Mining in Ota City and so on. Why don't you visit Shimane? 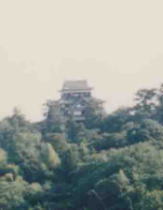 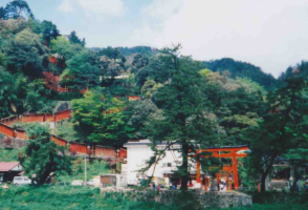