Tsuwano Town is located on the southwestern part of Shimane Prefectuer. The town was built in a basin along Tsuwanogawa River. Before Meiji Restoreation, Tsuwano Town was the castle town of Kamai Clan, the streets stretching out among the basin is known as 'Sho Kyoto (Small Kyoto), so the beautiful landscape of Tsuwano Town is loved in Jpan. Moreover, Tuswano Station is the terminal station of the SL Yamaguchi, so Tsuwao is one of popular tourist areas in Japan.

Tsuwano is a very small area in a basin, so people has lived in the basin for several thousand years, and people might started to live in 9000 years ago of Jomon ages, many remains in ancient ages were excavated. The history of Tsuwano started from 1282 in Kamakura Period,Gokenin (Shogunal Retainer) Yoriyuki Yoshimi became the Jito (the manager and lord of manor) of Tsuwano and he started the construction of Tsuwanojo Castle, the construction was completed in 1324 by Yorinao Yoshimi, the second generation of the Yoshimi Clan. Under control of the Yoshimi Clan, Tsuwano had developed as a castle twon. After the Battle of Sekigahara, the owner of the Castle had changed, Naomori Sakazaki moved to Tsuwanojo Castle as the rewards of his outstanding contributions to get the victory at the Battle in 1600. Under his controlling for 16 years, the basic landscape, Tsuwanojo Castle, streets, development of new fields, raising Japanese Paper industry, carp farming and the irrigation water of Tsuwano had been planned, organized and reconstructed. He was the enlightened lord of Tswano Town. In 1617, Kamei Clan moved to the castle to be the lord of Tsuwano and the clan ruled the area until the Meiji Restoration. Kamei Clan also tried to develop the industries in Tsuwano, so Noritaka Kamei, the 8th generation of the lord, established the domain school 'Yorokan', Koremi Kamei, the 11th, developed the human resource training. So Bisei Fukuba, Amane Nishi and Ogai Mori had been glowing up under the circumstances. After Meiji Restoration, Tsuwano Town was organized in 1922.

The beautiful streets and landscape remaining Edo and Meiji Style buildings are loved many tourists including tourists from foreign countries. Then 'Tsuwano Hyakkei wo Aruku' (waking on 100 sights in Tsuwano to see) was registered as Japan Heritage in 2015 by the National Government.

Why don't you visit Tsuwano Town?

Near Tsuwano Town, there are of course many landmarks to visit, and also Shimane Prefecture has also many other wondergul landmarks to visit, Izumo Taisha Grand Shrine in Izumo City, Sesshu Gardens in Masuda City, Iwami Ginzan Silver Mining in Ota City and so on. Why don't you visit Shimane? 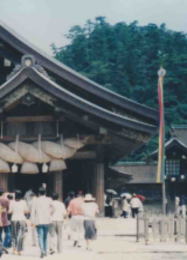 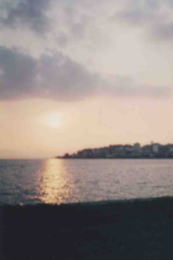 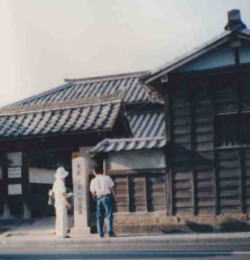