In the late 16th century, Okayama was dominated by Ukita Clan. In 1597 the Okayama Castle was completed by Ukita Hideie, deeply trusted by Hideyoshi Toyotomi, the Kanpaku Dajo-daijin (the supreme minister and chancellor) having the superior power to rule the samurai society, and one of the leading vassals called the Five Seniors serving Toyotomi Clan. The donjon of The Okayama castle has 3 strata and is 6 stories with black walls, so it is said to be designed after Azuchijo Castle in Shiga prefecture built by Nobunaga Oda. The donjon has unique style with ian irregular pentagonal base, it remains the important traditional architectural style in the Sengoku (the Warring States) Period in 16th century in Japan or before the battle of Sekigahara. The Sengoku period was the remarkable period of the developing the technologies to build castles, so the Okayama Castle was one of pioneers of the modern castle. The construction of this castle was quite hard to complete, changed the flow of Asahigawa river to be the natural outer moat that the flow surrounded the castle going from the north side to the east side, then it spent over eight years. The Okayamajo Castle has 2 other names, its old name was the Ishiyamajo Castle, and it is also called 'Ujo', it means the castle of Crow because of its black colored outer walls. Besides Hideie built the Okayamajo Castle not only as a military base, but also the cultural and industrial center of the regions, then he called many merchants and craftsmen to settle around the castle to develop the castle town.

After the Ikeda Family took control over the castle, Okayama Korakuen Garden,a vast daimyo garden, was built to the north across the Asahigawa River at the end of the 17th centuryUnder the aegis of the successors of the Ikeda Clan, the Okayamajo Castle has stood as a symbol of Okayama City.

Although the donjon is reconstructed one, there are some buildings having stood for several hundred years. Tsukimi Yagura means the Tower to watch moonlight was built from 1615 to 1632 is the important cultural property designated by the National Government. And also Nishinomaru Nishite Yagura, means the western tower in the west part of the castle, is the important cultural property by the nationa government. Moreover the garden of the Okayamajo Castle Korakuen Garden is famous and counted one of the most beautiful 3 garden in Japan.

Why don't you visit Okayama?.


Why don't you visit Okayama?.

Visit Events And Landmarks Near The Okayamajo Castle 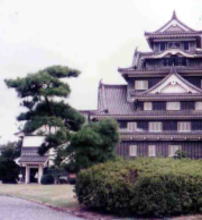 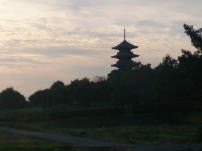 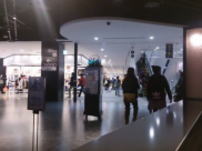 Visit A Dental Office Near The Okayamajo Castle